Shruti is the name I go by…

I really feel that this “About Me” section isn’t enough to imbibe all that I want YOU to know about ME. There’s too much to tell because although Life is short, it does give us hell number of experiences!

Nevertheless, here I am, adhering to the protocol.

I am a working professional. Like to live life my way, love to explore new places and cuisines (Food; my weakness).

Meaningful discussions attract me! Hence I am here to write, read, express, connect and so much more..

There’s too much gap between well-minded people and through this forum I aim to bridge that gap up!

The passion he is talking with now
The silence she uses as a weapon to hide
This will all make them furious one day
To have been so tied up, yet so untied

Whenever he bleeds; she writes
She hurts him; yet he listens to her for nights
She had been scared to experience this since forever
They were so apart; indeed unworldly together

When to her surprise, it wasn’t much lost
He communicated from far off
And she could hear and know
What he didn’t say and what she now wanted to show

Struggling to find a piece of him in every person
Still standing where they parted, she went far away
No one spoke like him
No one looked at her like that
And she learnt love the harder way

They sat across a table to drink each other
The passion inside boiling to feel the other
They spoke a little, together reminiscing
Nothing had changed between them
And they realised it was the same, nothing went missing

Many of them touched her

Alot of them tried understanding

But all of them misunderstood her

And just when she thought

It’s supposed to be this way

He came, stood by her side

Listened to her carefully

Shook her from the inside

She woke up for the first time

Someone had shaken her inside out

And didn’t even touch her…

What is it?
That cuts me sharply inside and makes me happy a bit

Why is it?
That I struggle to think about something else but my mind doesn’t permit

When was it?
That I started feeling so helpless, restless, torn and split

Where is it?
It’s so much inside me that I can’t find my ownself; help me omit

How is it?
That I want to recommit

Who is it?
Neither can I say nor do you wanna know this beautiful shit

All you wanna do is
Close your eyes, move your lips to say that name
Makes you smile…
Isn’t it? ? ?

I remember,
You said: “I will be there”

I memorise,
You said: “I won’t change”

I recollect,
You whispered: “Let them doubt, but we will be together”

I heard,
You told me: “I will take up the responsibility, I will be in charge”

I smiled,
You held my hand while crossing the road.

I recapitulate,
You planned beautiful times for me without feeling burdened.

I cried,
You said: “I cannot see you cry”

I remembered the movement of your lips while you said all that
Life changed alot, yet

I remembered that you forgot
“I don’t really remember” you said and that’s all I got!

I planned it all
From big to small
Dressed in best attire, polished my shoes
All well planned, not a thing to lose

Heart in control and Mind in place
I was walking with a smile
No worries, no tensions
Not even for a while

Next moment, I lay in a hospital bed
“While you were walking with a smile, a vehicle hit you”, the doctor said
I enquired about the vehicle, in all my strife
Smiled and said the doctor ” The vehicle was numbered ‘Life‘ “.

Just when you think you are all set, that you are balanced, futuristic and have a well-planned Life,

……..That’s exactly when that well-planned Life HITS YOU……..

In the middle of the dark
Awaiting sleep, I lay
Its dead dark but my eyes clearly see
And listen what darkness has to say 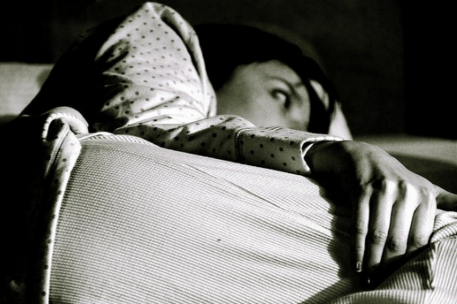 Each night I lay meaningless in bed
Merciless thoughts consistently hit me
You’d see no marks on my body
But they do hit me, believe you me

What if I could be covered
In those two arms around me
That wouldn’t use me; keeping me pure
For providing me with support
They hide me in themselves
So thoughts couldn’t find me anymore

What if those arms, that smell
Are the only things I feel and see
They help me asleep
And not sleep with me

The cycle still continues
I lay daily in bed, no one to caress
Trying to sleep
But indeed, Sleepless

No! I didn’t love you
I just got insanely stuck!
No! You weren’t my destiny
You were all of my bad luck!

If it wasn’t for the first time
I would never choose you.
Just badly mistaken and no crime
Today, I’m gone and let you loose too.

Unloved by you to this extent
Thirsty;
I drank love after meeting him
You were just a rough way
That smoothly lead me to him
And now, I’m here to rather stay

[When we go Loveless; We find real Love!]

Real pain put beautifully!
A poem can say so much. Great work from Nicole! 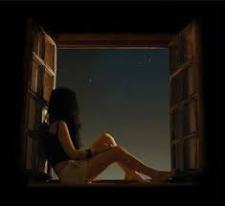 I am the kind of girl you love from a distance,
Because if you come close enough,
You will see the trails of tears down my cheeks,
The pain in my eyes,
And the hurt in my smile.

I am afraid to see the pity in your eyes,
Your gentle words to comfort me,
Your loving arms to hold me,
I want to hurt alone,
Me and only me.

I stand by my window and stare,
The cold dark night matches the rhythm of my heart,
My true self staring me back,
Damaged I feel and I pray silently,
That you love me from a distance.

Dazed!
I fell off
Untill yesterday, strong and upright
I stood tall

Today I fell to rise, I feel tall
Hunting when did I become weak enough to fall

Somehow, failed to gauge
Was that Me..
Or, Is this I?
Battling to know how

Somewhere I myself wanted to fall, Somehow. . .

Imperfect, shapeless, no colour
You and I become droplets
I clearly see what you’re feeling
Limpid, glassy we smile as we breakfree from faucets

Lets flow to places
Then run down opposite slopes
Rushing down with aggression
We meet with passion
And fuse into each other, with all the hopes

None from the world could tell
Who was you, which drop was me
Now, from two droplets into one
Let’s get secure about each other and live on!